Best Places to travel and work remotely with a family?

I have been working remotely for 5+ years (based in Australia) now and we are a family of 4 who love to travel, we just got back from beautiful Bali. I’m looking for best places to travel where we can work with our two young boys, that is not that expensive, available nannies/baby sitters, warm climate, good food/wifi, things for kids to do, possible international schools. Any other families out there in the same boat? Where do you travel to?

I will say that Lisboa would be a great place for you and your family. It is beautiful, and energizing place. They do have great wifi and a great digital nomads community! You should check it out. It is also relatively inexpensive.

Where in AU are you from?

This is great thanks for the recommendation, I will check out Lisboa now and do some research.

Currently, I am located in Melbourne, Australia.

Sounds great! Let us know where yo decide to go next! I will plan to visit Melbourne in the future, I love AU. I lived in Sydney and Cairns for some time and I love them both!

Hi @jodiprice1 welcome to our remote nation. I love how you are traveling with your entire family and what an amazing experience for your kids!

Per @Rick, my vote is also for Lisbon (beautiful city, beaches and mountains) and inexpensive compared to other places in Europe. Plus the weather is fantastic.

Wow @jodiprice1 that is awesome! That is the dream we are chasing after. We already setup our kids having homeschooled. Next is for me to get an IT remote job. Still searching and hoping I can land one soon. We are currently living in New Zealand.

Hey, what about Bali, Indonesia?

Bali is a good place to life

Bali sounds like a fantastic place! Have you been there @redhaandikaahdi? If so can you share some pics you have taken? I always like to see real travelers pics

Yeah @Rick, I have been there so many time
Here some of my photo that I taken 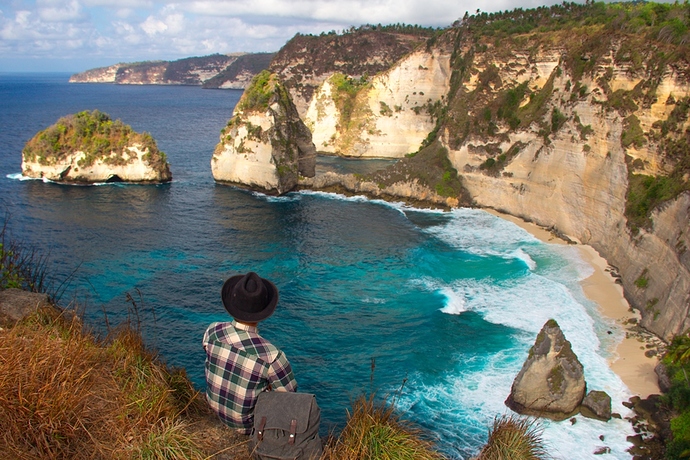 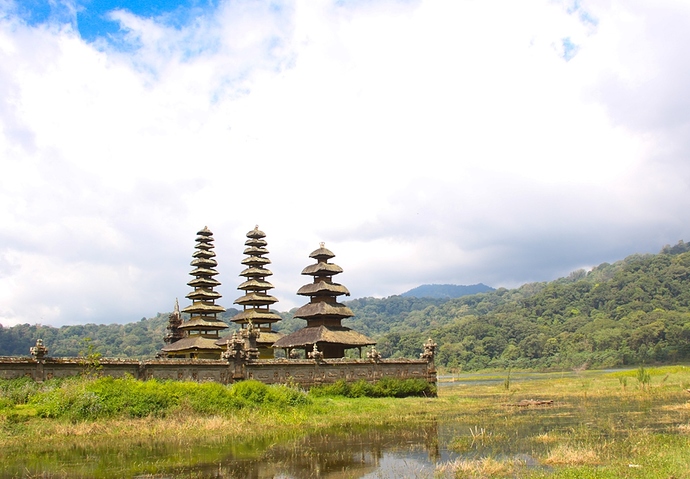 The last one, you gonna love this.
Nusa Penida 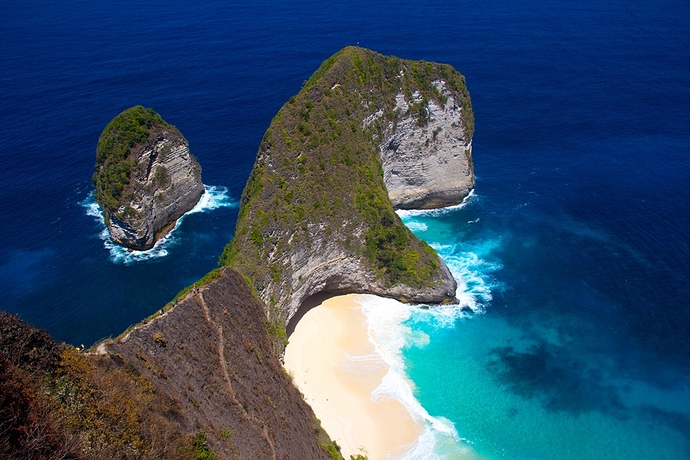 Wow! @redhaandikaahdi This looks majestic! I am adding this to my list of places to visit! @allanargosino This could be a place where you can start! It looks like a majestic place to travel to!

Thanks Rick! Wow, it looks so beautiful

Thanks everyone I definitely love travelling and would love for my sons to experience this!! Bali is amazing we love it and it is so affordable. Beautiful people, food, day clubs and so simple!!

Bali is different from much of the rest of Indonesia because it’s very western. I visited there a few times while living in Indonesia. One thing that makes it different is that it’s predominantly Hindu (but not exactly the same as Indian Hindus anymore). If you want to go into a Hindu temple (puri/candi), you have to wrap your legs if you’re wearing shorts or a skirt that doesn’t go low enough. Temples usually have the cloth available for visitors. However, if you’re menstruating, you aren’t allowed to enter.

Bali has a highly varied terrain, with mountains you can climb (Batur is a fairly easy hike, although it takes a few hours and in the pre-dawn hours it gets pretty chilly but the sunrise view is great; Agung, next to it, is a more advanced climb), dive spots and lots of beaches. Indonesia does not allow drugs, and you can get the death penalty for drugs but, when I visited, I had several locals offer me drugs. Nudity is also illegal but they tend to turn a blind eye to it on Bali since so many Europeans do it. I remember once when I was there I was talking to a nice Spanish lady who kept taking her bikini top off and putting it back on. I would NOT suggest you engage in nudity anywhere else in Indonesia.

There is unique food (like Satay Bali which is usually delicious), although many of the foods sold there are either western or Indonesian. I got to try a couple of traditional Balinese meals via my guide (pemandu), but those are apparently not easy to find in the restaurants.

There’s a lot of art, clothes, souvenirs, etc. that you can buy there which differs from other parts of Indonesia, but you have to be aware that the price you would expect to pay in your home country is significantly higher than in Indonesia (for most things). As a result, if you don’t know how to haggle the price, you’ll probably be overcharged. Guides always take you to shops that they have a deal with, so don’t expect them to help you get good prices because that cuts into their percentage.

Please also note that there are two types of Balinese. Most of them are actually Javanese from the Majapahit (Mojopahit) Empire, which fled to Bali when the Buddhists became dominant on Java. However, the original Balinese are referred to as “Bali Age” (Ah-guh), and are more commonly found on the northern part of the island. There is an island for the dead where people are left out to decay but it doesn’t smell bad. Some Balinese will take you there by boat but you have to be careful because some of them will stop halfway and demand more money, or otherwise extort more from you.

Bali survives and is a powerhouse of Indonesia because of tourism. Lots of people speak English there compared to the rest of the archipelago. If you want to be a regular tourist, hire a guide, otherwise research before you go and rent a vehicle.

If you’d like a less crowded alternative with lots of interesting places, try Lombok, which is next to Bali, and the much smaller Gili islands.

If you’d prefer a more isolated experience, take a ferry or yacht to Karimun Jawa from Semarang or Jepara, Central Java. Make sure you get a room at a hotel on the beach or you will have trouble finding a place to swim.

A more rustic and different experience can be had if you travel to East Nusa Tenggara (NTT) islands. If you go to Kupang, Timor, make sure your hotel is not on a main road because the mini-buses use horns that reverberate for a long time, disrupting sleep. Flores is famous for the kindness of the people. Sumba people are a bit reserved, but they can be nice and sell traditional textiles. Getting to NTT is generally takes a few hours in a twin-prop plane leaving from Bali.

One warning - avoid iced drinks unless you can be certain that the water used was filtered, and avoid uncooked foods like salads because you may end up with diarrhea or, worse, food poisoning (which happened to me on my honeymoon). This is true throughout the republic. Also, places where the food sits out without heating will inevitably make you sick, except perhaps for the Padang restaurants.

There’s so much more I could tell you about Indonesia. Overall, it’s a great place for tourists (except areas where there is strife), but I hate Jakarta. Honestly, though, you could spend your entire life exploring Indonesia and never see it all. It’s so richly varied in terms of culture, religion, food, art, history, and more!

The only other thing I would warn you about is that there are a lot of con artists so be very wary of people telling you a sob story and asking for your financial help, or offering you a business deal. Indonesians aren’t generally violent people, but ripping people off is very common.

WOW @redhaandikaahdi these pics are so awesome!!! Makes me want to travel like crazy!!!

king remotely for 5+ years (based in Australia) now and we are a family of 4 who love to travel, we just got back from beautiful Bali. I’m looking for best places to travel where we can work with our two young boys, that is not that expensiv

Is everywhere in Bali by the beach affordable, or you need to be away from the sand to become cost effective?